On October 29, it was up in the morning, hot on the job, work like the devil, etc. —  beginning at 6.15am, arriving at Penn Station to find none of my books at the bookstore there, what a thrill. Did get a horrid muffin though. (This s the glamorous part. You can see in the pic how bagged-out we are…)  Then an Amtrak train to Washington, during which I tried to catch up on my blog postings, a futile effort…It’s like  Sisyphus, you just keep rolling that stone uphill, and it keeps rolling right back down again, smushing your toes in the process.

Once we’d arrived in Washington, we were picked up by Escort Christine Sprague, who took us by many a back way through the stately and less stately streets to the excellent Diane Rehm Show at NPR (WAMU.FM). Diane and I have known each other for many years, but alas, she was away, so I missed her. However, adroit Frank Sesno (http://en.wikipedia.org/wiki/Frank_Sesno. ) was there, and we spent  a lively hour both together and with listeners, which you can hear at (http://wamu.org/programs/dr/09/10/29.php.)

Then we checked into the Hotel Monaco, where I’ve stayed before. It’s a refurbished central post office (http://www.monaco-dc.com/.), and its “Poste” restaurant has napkins folded like envelopes (see pic). The first time I stayed there, some years ago, each room had a pet fish – mine was called “Bob”—but I don’t think they did well in a hotel environment. The faux-fur robes are still there, however (I succumbed to some Zebra-striped . And I’m happy to report that the coffee is organic, and that the restaurant sources its food, uses organic whenever possible, and grows some of its own herbs and vegetables. All of which was explained to us by Adam Sanders, the Manager. (Those mini-Parker House Rolls are addictive! Not to mention the salads, and the Truffle Frites.)

Then it was off to the Lisner Auditorium at George Washington University, to rehearse with the actors and singers from the Department of Theatre and Dance and the Department of Music. This was the 16th Year of the Flood Event we’ve done, but the very first one with university students, with a few faculty woven in. They’d already been rehearsing, with Jodi Kanter, the Director, and with Robert Baker, an opera singer in his own right, and they were a delight to work with. On the night, Andrew Holbrook delivered a stolid Adam One, Emily Anderson a no-nonsense Toby, and Emily Murphy a worldly-wise but still open-hearted Ren; and Adam and Emily Murphy gave us the sexiest little Romeo-and-Juliet  Ren-and-Oates scene we’ve had yet. The singers (with Orville Stoeber doing lead solos and Robert Baker joining in too), gave a forceful performance, lit fetchingly behind a scrim. They were: Kathleen Borguetta, Millicent Scarlett (lead singers), Matthew Beck, Vanessa Cancino, Christopher Clark, Dominic Hawkins, Michael Noel, Kaitlyn Reilly, and Grace Srinivasan. The two musicians joining Orville were Louie Diller on drums and Gregory McWhir on bass.  Eric Annis was the indispensible stage producer, aided by sound engineer Dave Gevanthor and technical director Colin McGee. The girl with the Scrabble earrings (see pic) did many things, including the program – I wrote down her name and now I’ve lost it – please send and I’ll insert! Same for the photographer, who was taking pictures backstage (so I took his). Thanks to all f0r — as I said –“helping out a sinister but sweet old lady.”

The 700+ audience seemed to be having a fine time at the scary pre-Hallowe’en occasion; then I signed books – including my first-ever Sign-A-Kindle. (Seems to work – we used a Sharpie.) Politics and Prose — an old-favorite bookstore well known to Washingtonians — was at hand selling.

Two more Washington events to be mentioned—the Sirius Xm Radio Bob Edwards Show – Bob is always smart and a fountain of dry wit, if you can put “fountain” and “dry” together in your head (http://www.bobedwards.info/ftopic41.html.); and my own appearance in a witch hat, via the Blogotwitsphere (http://tinyurl.com/yl49fqo.) Its creator turned up at the signing and said, “I hope you weren’t offended.” Moi? Offended? True, I’ve been outed, but our kind are in style at the moment, what with Harry Potter and all.

After the cliffhanging Will-anyone-come-cause who-knew Symphony Space Event of October 27, there was a certain amount of Survivors’ Imbibing and Snack Gobbling in the Helmsley Park Lane bar (Nan Talese of Doubleday, LuAnnWalter of Anchor, Phoebe Larmore, Orville Stoeber, Graeme Gibson and me, with a very kind server indulging us). This was a dual, occasion, for we were also toasting the publication of Graeme Gibson’s stunning Bedside Book of Beasts — man’s relationship, as seen through art and literature, to our fellow carnivores on the planet. (See picture, website at http://knopfdoubleday.com/bedsidebookofbeasts/.  , interview at http://robmclennan.blogspot.com/2009/10/12-or-20-questions-with-graeme-gibson.html.  Graeme is doing this book as a fundraiser for the Pelee Island Bird Observatory,  (http://www.pibo.ca/01-home.html.), for the Wildlife Conservation Society, (http://www.wildlifeconservation.org.), and for Panthera, www.panthera.org.,  which is dedicated to saving the big, beautiful cats such as panthers, tigers, and jaguars. It won’t escape anyone that the Predator Day sermon and hymn in The Year of the Flood were inspired partly by Graeme’s work in this area – as well as by William Blake’s Tiger poem. (Did he who make the lamb make thee?  The God’s Gardeners answer is Yes.)

Then, on Wednesday, October 28, Graeme and I heaved ourselves upright and we met Ron Mann and his camera crew of one, Michael Pessah, and traipsed off to the Natural History Museum. After traipsing around in the rain looking for the back entrance, we were again indulged, this time by helpful Museum staff. Ron Mann wanted some bird-related footage, so we went to the Bird Hall, where there are dioramas of various habitats and their birdlife from around the world. (Hint: from across the room these look quite 3D and magical, although up close the birds are dimmer in colour than they are in life.) Graeme and I wandered around, looking at birds we have seen, birds we might see, and birds we are unlikely ever to see. (Spirit willing, flesh maybe not up to it.) We talked about our bird life, some of which you can see at www.birdlife.org, and about the importance of thinking about our biosphere as a whole – what’s killing birds now will kill us eventually. They really are the canaries in the coalmine!

This event tied in with another Ron Mann filming of the day before, when Bill McKibben and I met to discuss Bill’s astonishing 350 initiative.  See:

On 24 October, people in 181 countries came together for the most widespread day of environmental action in the planet’s history. At over 5200 events around the world, people gathered to call for strong action and bold leadership on the climate crisis.

Over 19,000 photos have been submitted so far! See them all on Flickr »

This is an amazing website – for all those looking for inspiration, look here! People from all around the planet – in a grassroots, ground-up, inspired way – put together their own events, using whatever they had, plus their own inventiveness and energy, and, well, hope. Yes, they can. And if our world leaders somehow feel they can’t, they’d better pop awake, now.

Bill and I talked about many different ideas – Ontario, if you’re really serious, drop the speed limit 10K and save megacarbons, and while you’re at it, please don’t build vertical meatgrinder windmill farms in  Important Bird Area major migration flyways such as Pigeon Bay off the Kingsville-Leamington shore. We also discussed initiatives already underway, including the Zerofootprint  Building Re-skinning Contest – 40% of carbon emissions come unnecessarily from buildings that leak energy – we pump it in as air conditioning or heat, it flows out through the leaks. See:

And in Scientific American just now, there’s a story on using algae in vertical walls to generate energy! That’s radical! 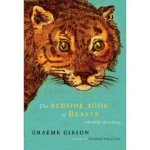 Can human beings use their ingenuity, energy, skills, and ability to co-operate to dig themselves out of a nasty future? The Hope is in the details.New